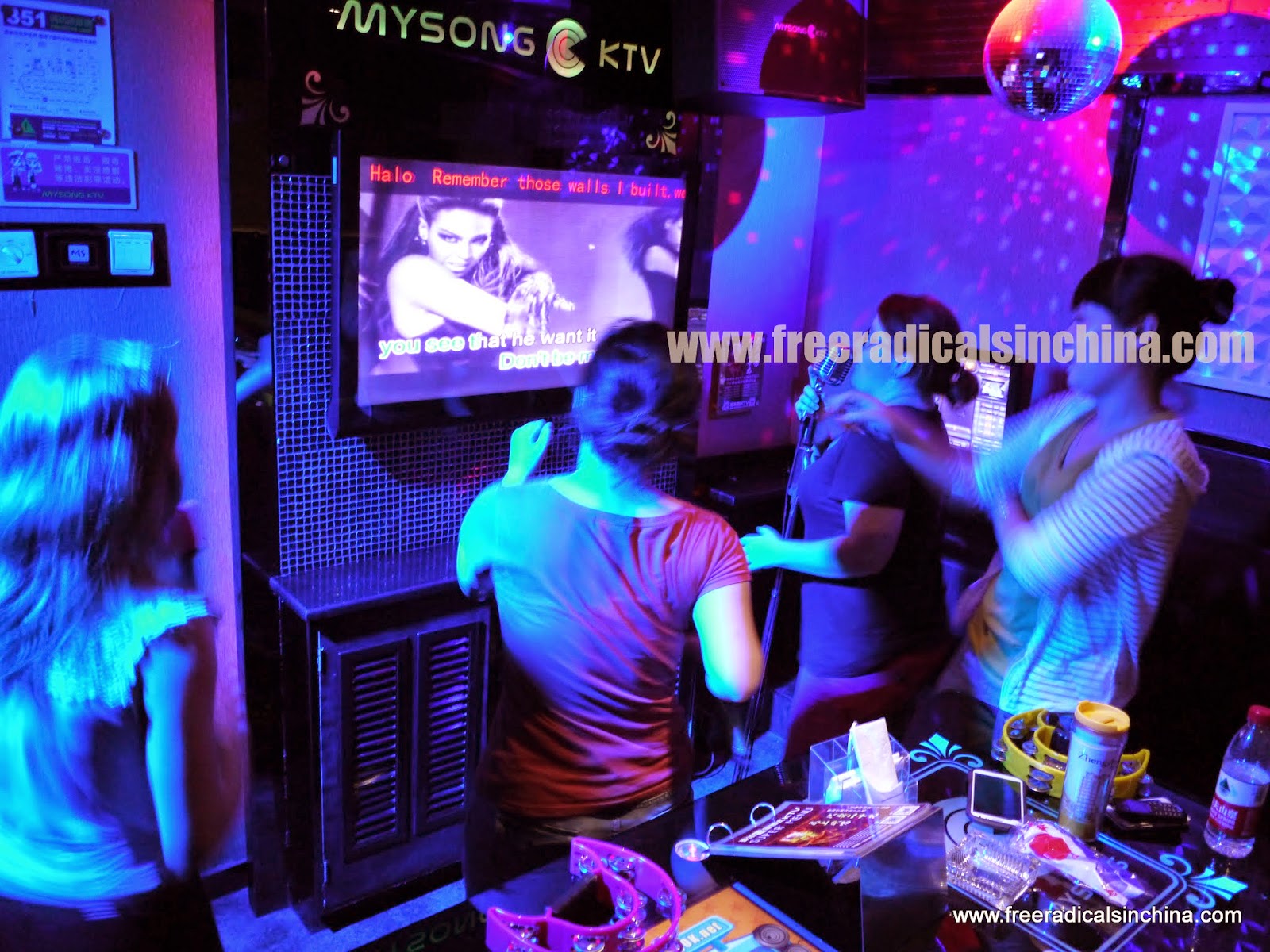 What better way to spend a drizzly Monday afternoon than to get under Rihanna’s Umbrella-ella-ella-eh-eh-eh? Or answering out loud Yeah, Yeah, Yeah, Yeah to Bruno Mars’ invitation to Go, Go, Go, Go-Go marry him? Feeling a little Under Pressure, and just want to Beat It?  Yes, there is a place of escape where you can be Barbie Girl, in the Barbie World, and It Don't Matter If You're Black or White. Better yet, we can Throw Our Hands Up in the Air Sometimes, Saying AYO! Gotta let go! And Dance, Dance, Dance, Dance because that’s our Plans, Plans, Plans, Plans. Yes, the Single Ladies have come together for a unified Bohemian Rhapsody. Yes, it was a Karaoke Monday.

Karaoke is tremendously popular here. A Karaoke establishment, called KTV, seems to be perched on every street corner. KTVs are on blatant display in malls and embellished with fake marble columns, or tucked away in alleys blending in with hanging laundry and market stalls.

For 40 RMB (6.50 USD), six of us girls spent two hours in a cozy room equipped with a rotating disco ball and accompanying alternating colored lights, two television screens, a table with booth seats, two microphones, a selection of cymbals, and a box of matches. There we sang with all our hearts to the tunes of a whole lot of bubbly sweet American, British, and Korean pop music. We danced, we laughed, and we did not consume one single drop of alcohol. And even though I have the least pleasant of singing voices, I belted it out the loudest. 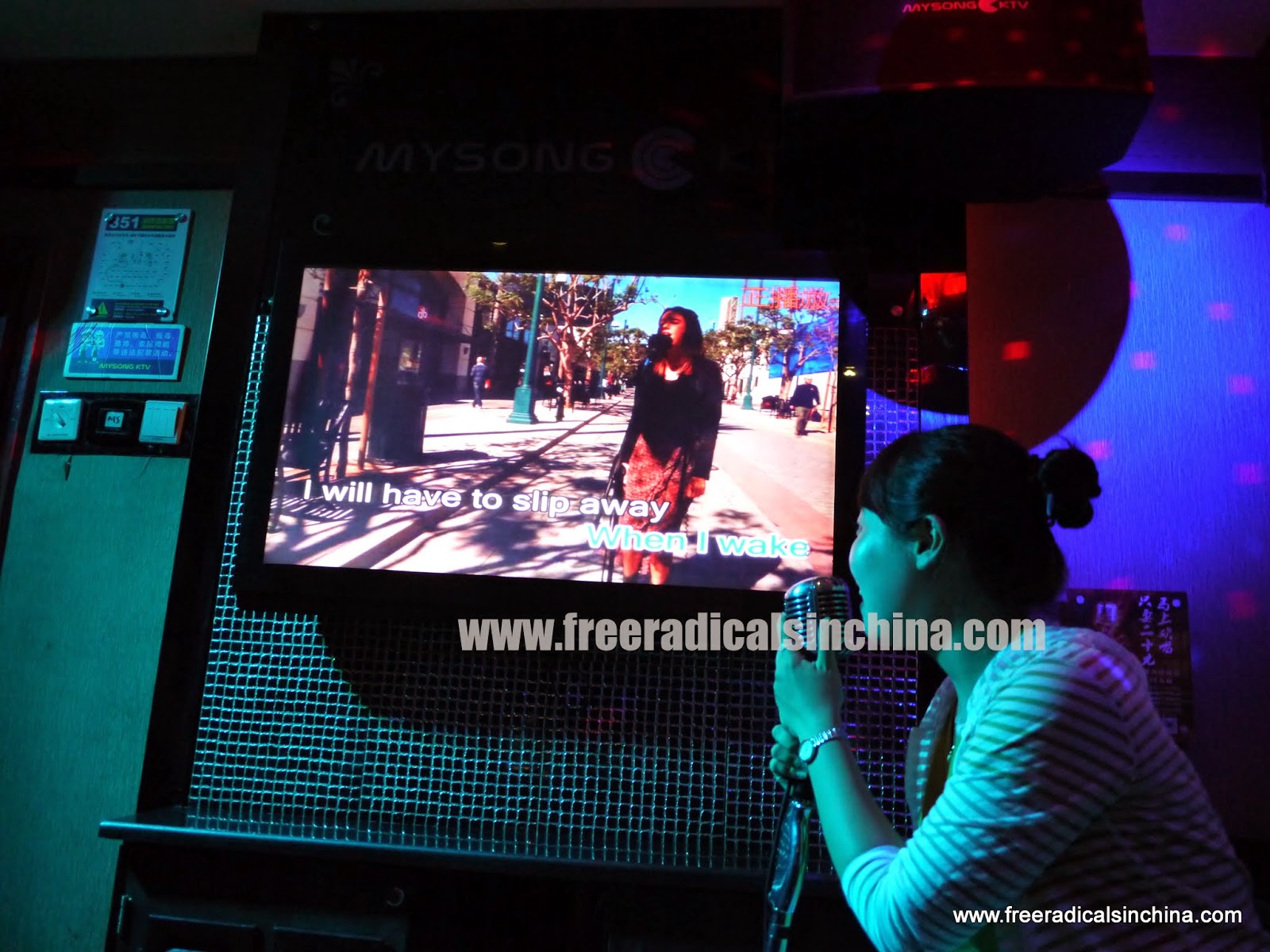