You Go Down Smooth 王府井小吃街 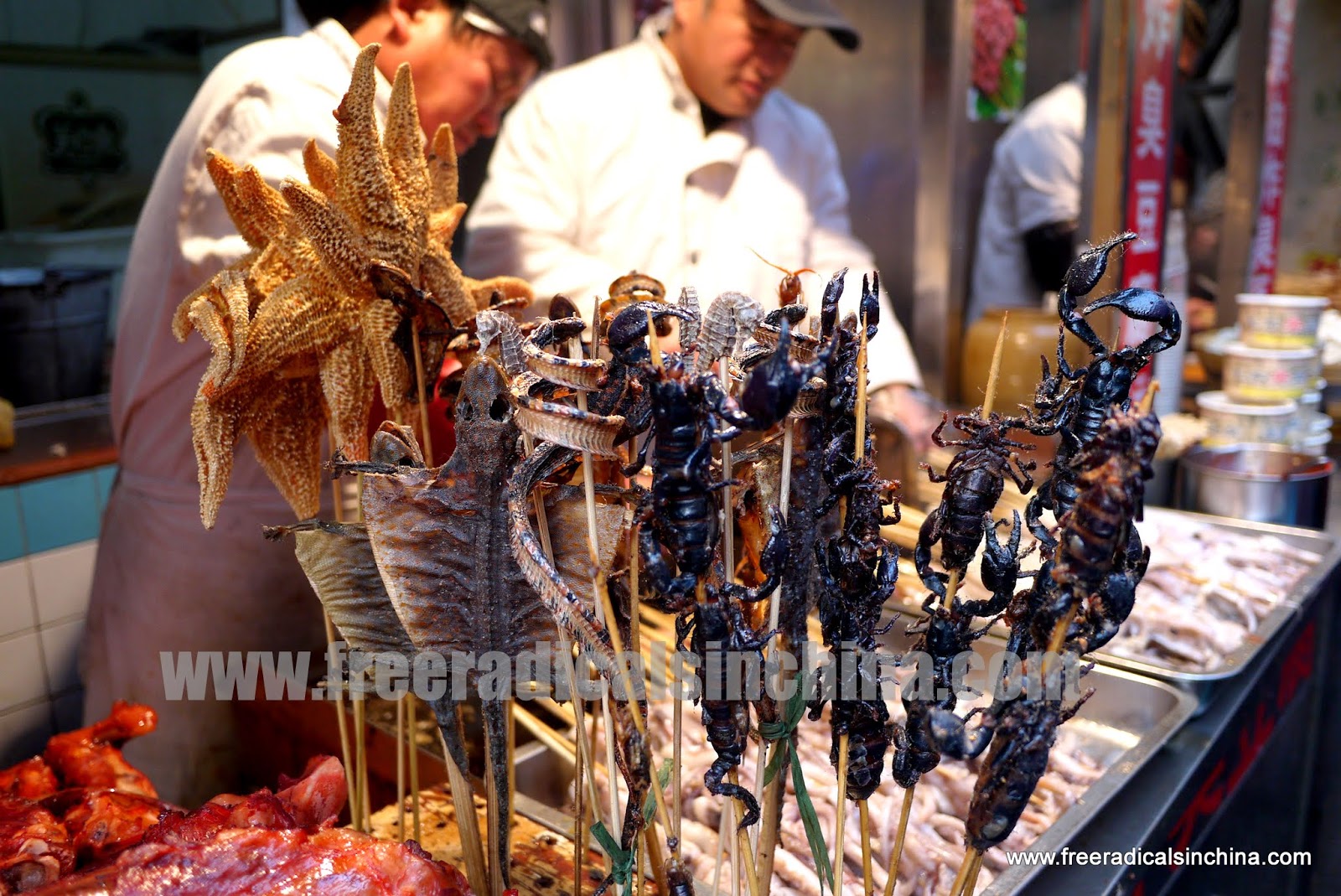 On two recent occasions, I ate scorpions. No, I was not stranded in the desert with limited food options and asked myself, “What would Bear Grylls do?” then quickly come to the life-saving conclusion that scorpions are an excellent source of calories. My reason for eating these predatory arthropods is much more simple. While strolling down Wangfujing Snack Street with visiting Americans, the scorpions seemed to beckon, “Eat me.”

After all, the grasshoppers, cicadas, and silkworms that I have eaten in the past just seem so benign—so boring—compared to eating a scorpion.


Watch me eat a scorpion!

Wangfujing Snack Street (王府井小吃街) is a popular culinary alley selling everything from the common to the bizarre. Common foods would include barbequed squid on a stick, cow stomach, and stinky tofu. Yes, those are all common street snacks (in China, that is). Bizarre foods include starfish, seahorses, and scorpions skewered and grilled with cumin and salt. Both Chinese and western tourists alike giddily snap pictures of the writhing scorpions awaiting their imminent demise. 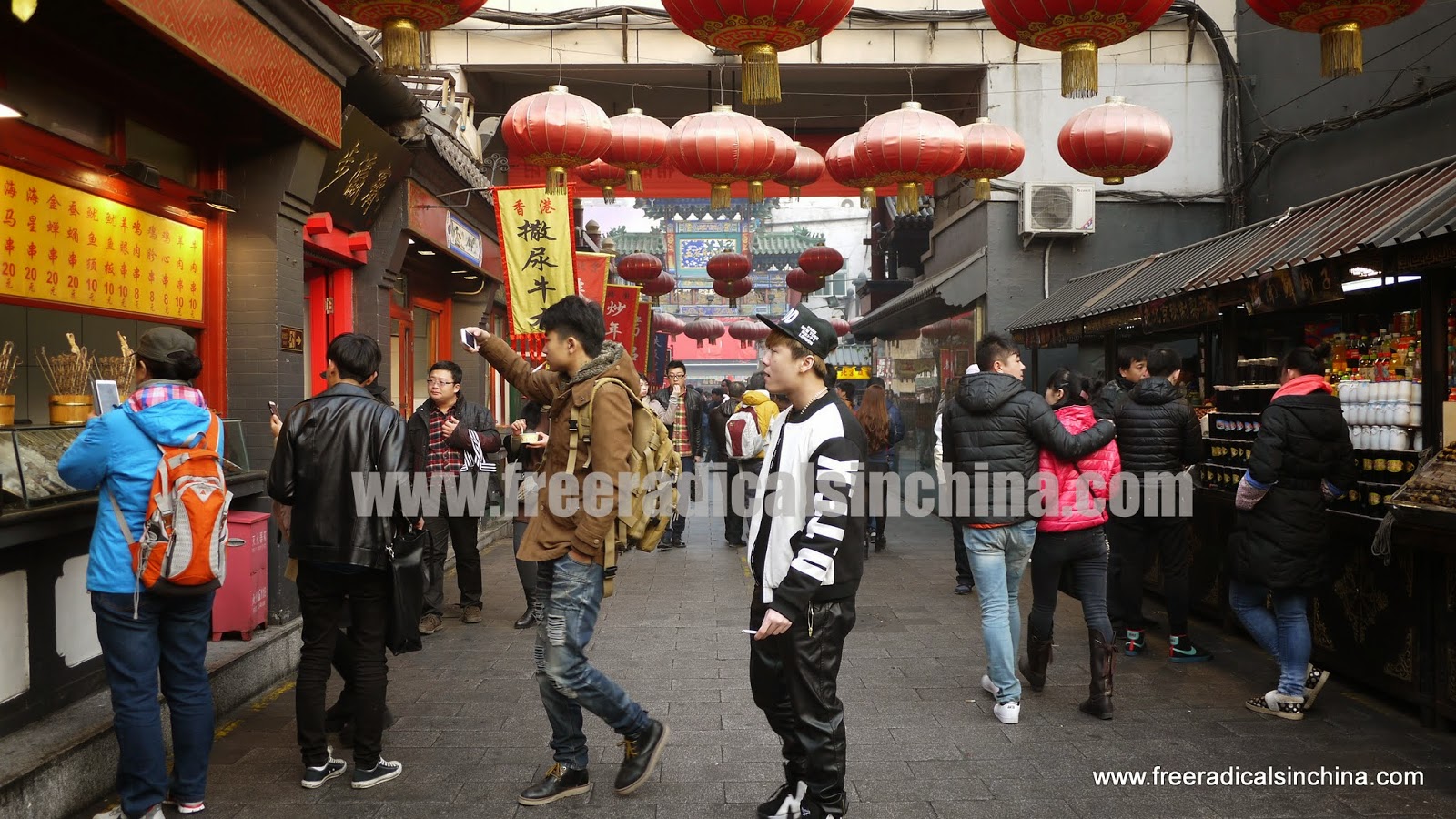 So do people actually eat scorpions? A simple internet search yielded little detailed information. Some articles mention that China, Singapore, and Thailand prize fried scorpions as a delicacy. Only a fraction of the over 1,000 species of scorpions are poisonous, so scorpion epicures need not fear dropping dead. The Wangfujing scorpions are farm-raised for eating—sort of like farm-raised shrimp sold in American superstore Costco.

Honestly, I have longed to eat a scorpion just so I could say, “Been there, done that.” To do so, I just had to be around the right people. BirdMAN is not one of those people. He would rather, in his words, “go get something good.”

The K Family happens to be the right kind of people. For 15 RMB, we picked out a skewer of three small live scorpions to share. Xiao K was unsure if she could do it, but at my egging, she couldn't resist scorpion cuisine. Mr. K savored his scorpion, as we should expect from a red-blooded Cantonese guy. Cantonese people eat everything! Mrs. K ate a skewer of three by herself—actually, I am not sure if she actually swallowed one. After chewing, she'd gag and spit the poor half-chewed artho out. She did that three times. She is either a glutton for punishment, or she hoped the taste would improve. I don't think it did.

Three weeks later, I found myself again strolling Wangfujing-- this time with fellow Californians and husband and wife team, C & J. They had been very generous to me that day. I had forgotten my wallet and didn't even have a miao* on me. They had bought me a Starbucks coffee and a fancy dumpling lunch at a fancy dumpling restaurant—not to mention they also had delivered 10 pounds of quinoa and tortillas from California (thank you, Auntie C!). I owed them at least a bit of entertainment.

Chinese Word of the Blog: 害怕    hàipà
English Translation: to be afraid / to be scared 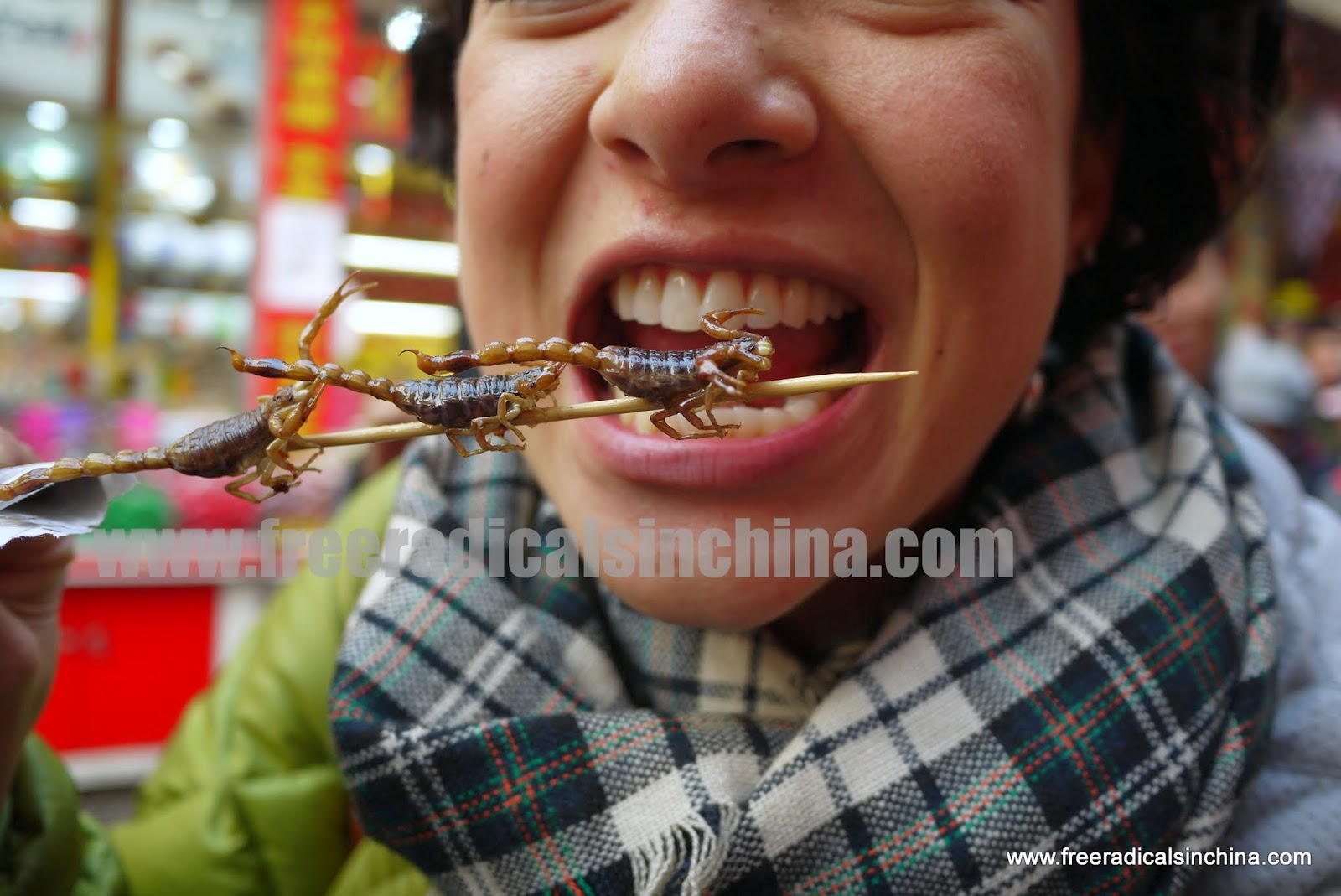