Queen of the Supermarket 超市 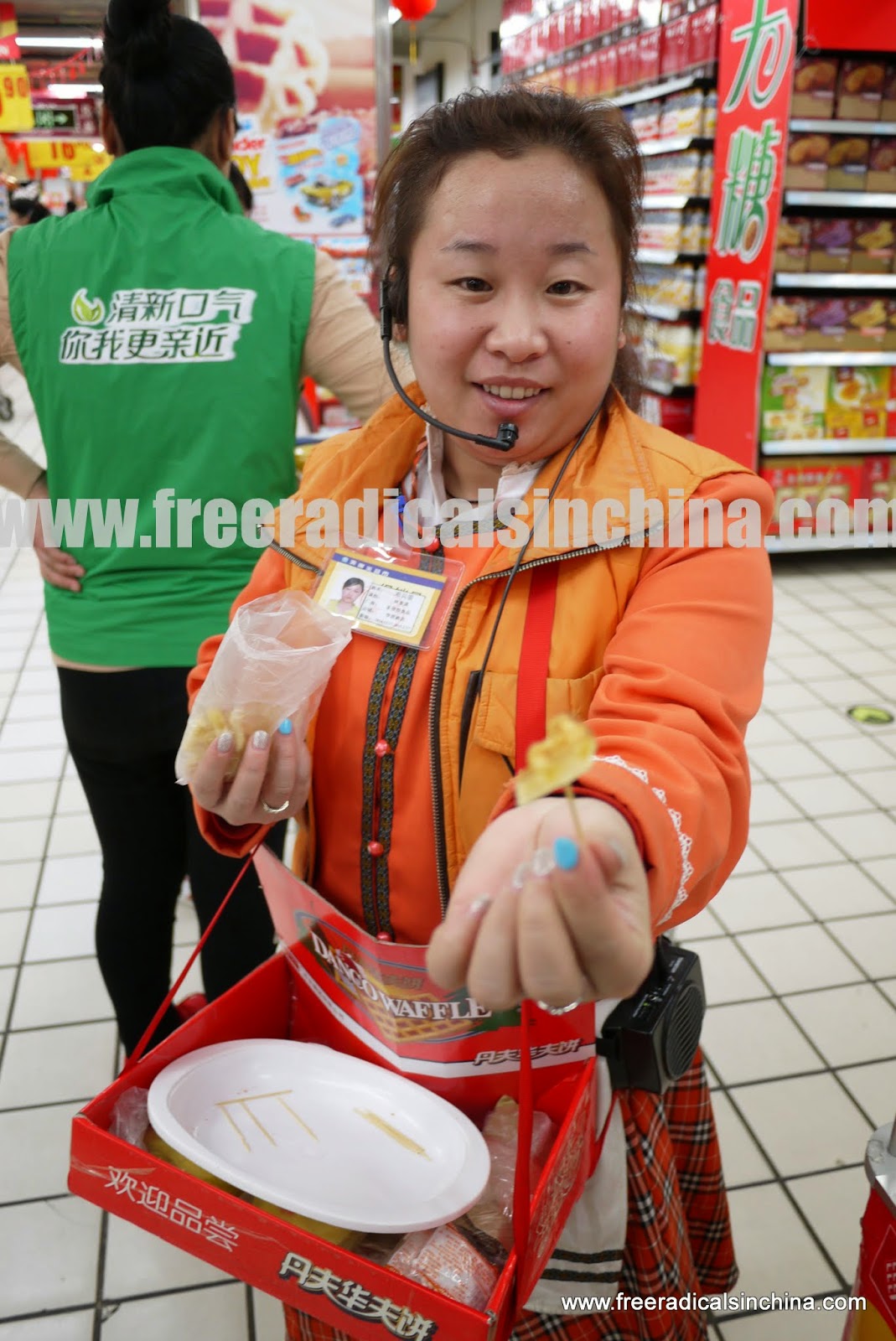 Occasionally I shop at a nearby supermarket called Merry Mart. But I rarely leave Merry Mart feeling very merry.

Merry Mart is stocked with normal things, like eggs, milk, and bread. It is also stocked with not-so-normal things (for me, anyway), like salmon fish heads, dried sea cucumber, pig feet, and unrefrigerated hamburgers in a cardboard box. In addition to the dairy, produce and meat departments, shoppers can also buy clothes, televisions, hair dryers, massage chairs, and toilet paper.

Yeah, it's just like Target--- except instead of cheap stuff looking expensive, expensive stuff looks cheap, and instead of friendly, helpful clerks bending over backwards to find the exact thing you want, even if it means calling every sister store in the state, you find agitated cashiers who, if an item doesn't scan correctly, refuse to sell it to you or demand exact change because giving change is too much of a hassle.

The bedlam begins with workers positioned near promotional items. Usually female and young, they don a polyester ensemble--a mix of 1960s airline stewardess and highschool cheerleader--while robotically repeating the benefits of the yogurt drink, sweet sausage, chocolate cookie, or whatever's on sale, into a microphone mouth piece attached to their heads. Their voices while loud are barely audible amid the sounds of squeaky carts, ayis (elderly aunties) shuffling feet and shushus (elderly uncles) complaining about the price of tomatoes.

In their frazzled state, un-merry shoppers have no time to think about bacteria transfer. Shoppers use bare hands to pick through raw chicken, pork, and beef for choice pieces. After picking through the meat, they head over to the produce department and sort through the mushrooms, potatoes, strawberries and various greens. After that, they can sift through the beans, rice, and nuts in open bins. Yep, everyone can pick through anything, including the workers, who use bare hands to package snacks and kill time by running their fingers through rice grains.

So why foray into Merry Mart's innards? Mainly because of the peanut butter. Also like Target, it is a one-shop-stop to buy unrelated items and find bargains on toilet paper, dishwashing soap, and snacks. I just have to mentally prepare myself for the crowds, the lines, the line cutting, impatient clerks, the raw meat, the mayhem. Then I have to remind myself why I love China and pray and hope the shopping trip will not turn into a I-hate-China day. Better yet, quickly return home and eat a spoonful of peanut butter. There's nothing like peanut butter to turn a Merry Mart un-merry mood into a merry-- I mean-- a merrier one. 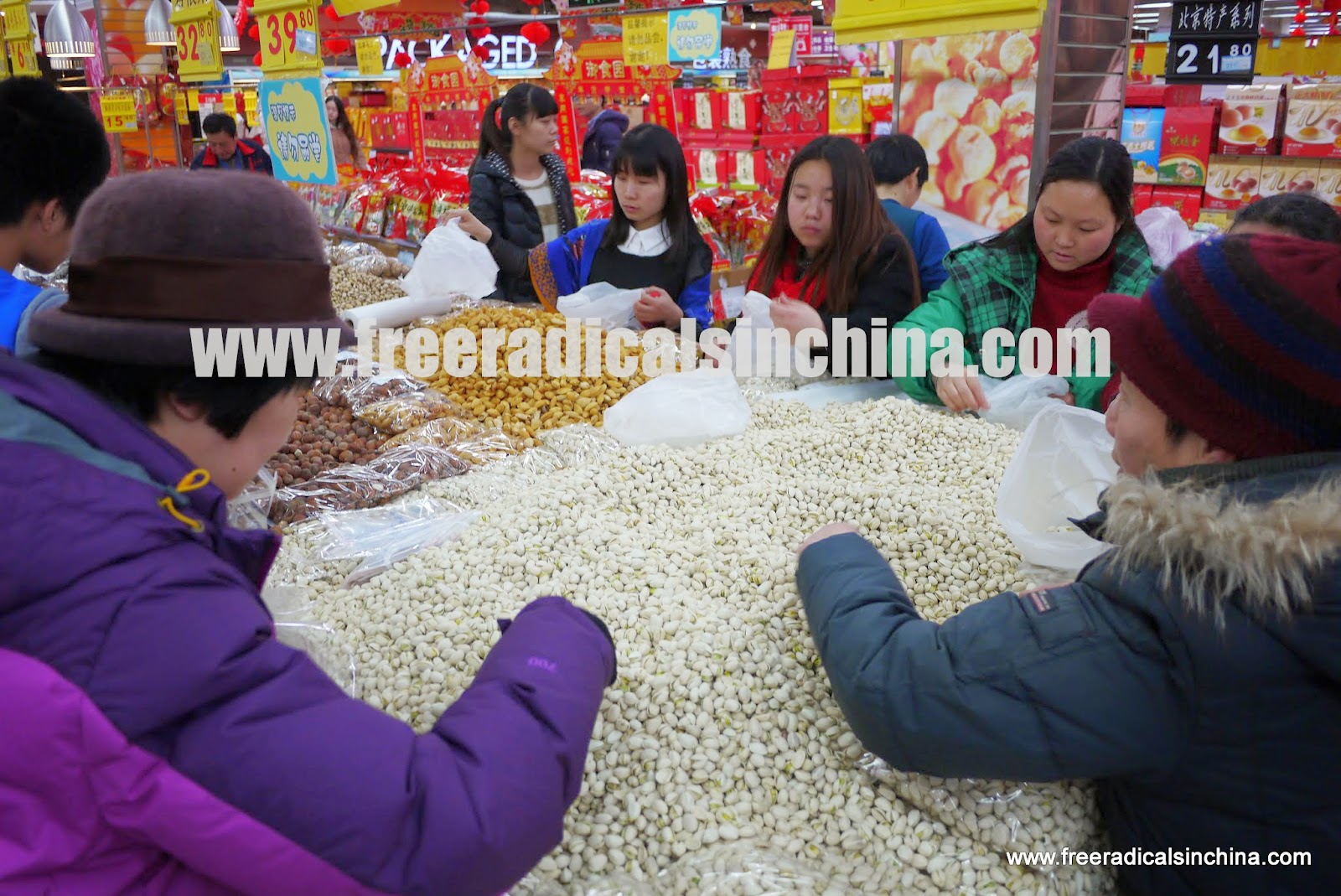 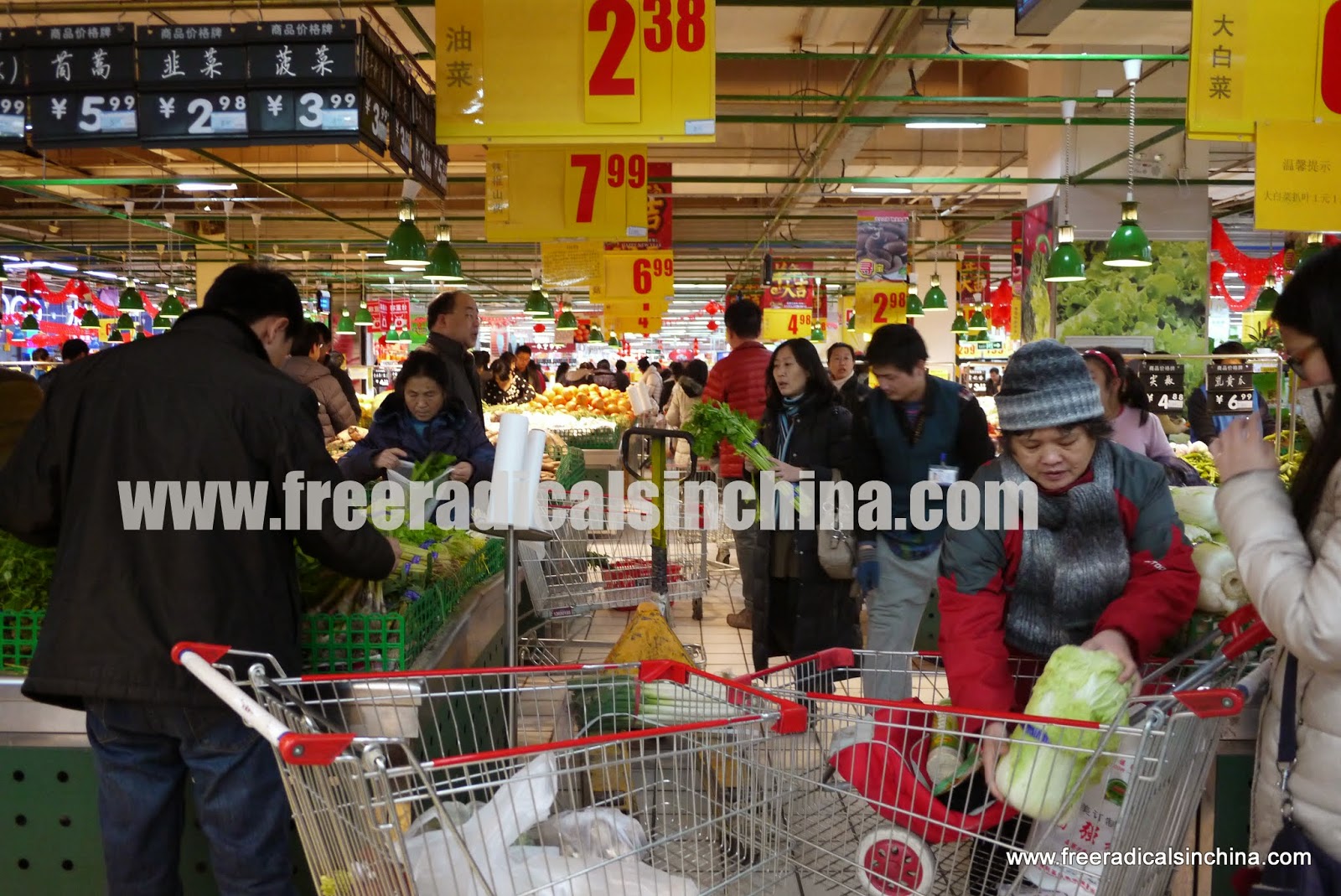