See the world in green and blue
See China right in front of you
See the canyons broken by cloud
See the tuna fleets clearing the sea out
...
It was a beautiful day
Don't let it get away
-U2 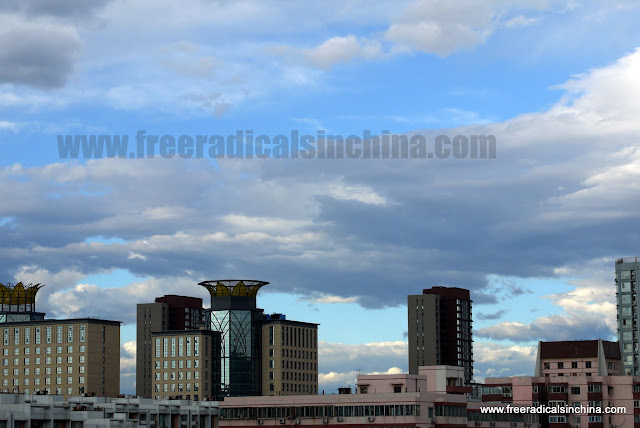 Just before 7 am yesterday, I hopped on my bike headed to my usual Thursday morning boot camp exercise. Suffering from a minor cold, I wasn’t feeling great and had contemplated canceling. I am glad I didn't.

As I turned the corner at the end of the alley, I caught sight of the sky looming large over an adjacent construction site. Clouds upon clouds stretched from here to the aquamarine mountains in the far distance.

This usual eyesore of a construction site seemed oddly beautiful. The blue grandeur and imposing white clouds gleamed over the piles of excavated dirt, towering cranes, and the grimy, spitting, urinating hard-hatted workers. As I stood on that street corner mesmerized by the vastness of it all, a gentle coolness breezed by. And I...I inhaled...and inhaled again through my sniffling nose. Ahhh, it’s going to be a beautiful day.

Yesterday--and today-- will go down in history as the nicest days EVER I personally have EVER experienced EVER in Beijing. In fact, the previous month had so many remarkably nice days, that the remarkable days stopped being so remarkable. Is Beijing’s notorious air problem being resolved? Is this the start of a new era of easy breathing for Beijing and her inhabitants? Will Beijing gray turn into Beijing blue?

We may not be standing at the door of a pollution-free China just yet, but recent reports do support anecdotal musings that air quality is in fact improving. The average density of PM2.5 dropped 20 percent during the first four months this year, compared to the same period last year [1]. The year 2014 saw an average decrease in PM2.5 concentrations compared to the previous year [2]. These reports are based on U.S. Embassy gathered data, so we don’t have to be concerned that China’s government is making it all up. Truly, Beijing’s air quality is improving.

The government may be finally responding to both domestic and international discontent. Air pollution is a popular conversation topic here (especially when a Chinese person is trying to understand why a foreigner would move to such a polluted city). A recent online documentary blaming a newborn baby’s benign tumor on air pollution and criticizing China’s air pollution policies went viral [3]. Rare forms of cancer in children have been attributed to prolonged exposure to PM2.5 [4] . In general, China has a poor reputation internationally for not caring about the environment. A scientific study linking China’s air pollution with erratic weather in the United States is another reason to put China on environmental blacklists [5]. In addition, Beijing is in the running for hosting the 2022 Winter Olympics. Surely, China wouldn’t want persistent pollution to sway voters to say nay [6].

The government claims that this year’s improved air quality results from implementing air pollution policies in and around Beijing. Drivers have been denied car registration. Coal plants have been shut down or moved elsewhere. And most recently, smoking has been banned. (Smoking is probably not a major contributor to poor air quality, but any decrease in pollution is more than welcome!) Recent strong winds and intermittent rain also keep Beijing gray at bay.

So for now, we are breathing a little easier under Beijing’s luminous skies. We leave the air masks at home. The stars greet us at night. Clouds upon clouds stretch from here to there. And I...I inhale...and inhale again. 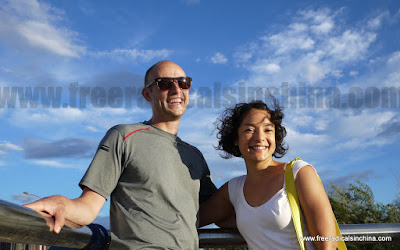 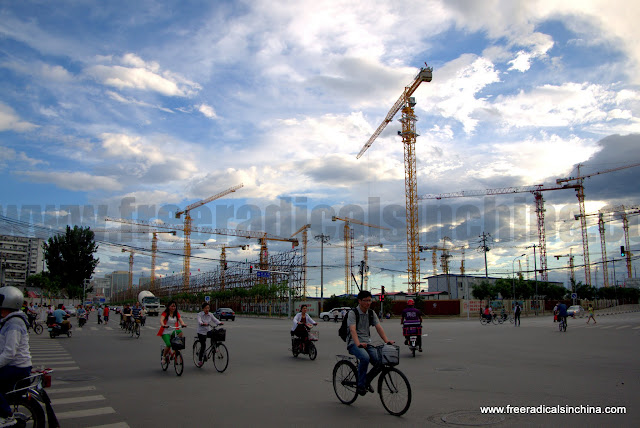 Why Don’t You Write Me? 写作障碍

Monday morning, sitting in the sun
Hoping and wishing for the mail to come.
Tuesday, never got a word,
Wednesday, Thursday, ain't no sign,
Drank a half a bottle of iodine.
Friday, woe is me
Gonna hang my body from the highest tree.
Why don't you write me?
- Simon and Garfunkel

Unfortunately, all I have swirling around in my head is Chinese. I give up. Here are some pictures from the last few months. 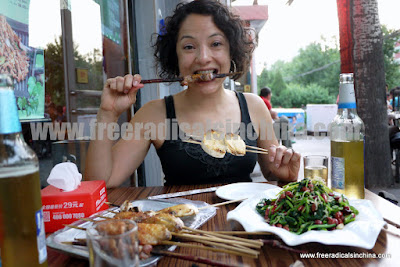