Bottle eyes, glassy blue
I watch the rain come out of you
Sky is white with the flu
-- The National 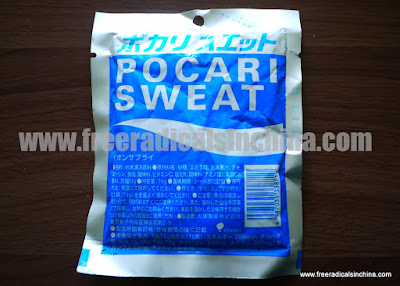 This blog contains content that may not sit well with sensitive readers. That includes those who believe flatulence, expunging human waste from the human body, and such are taboo topics. That means: stop here if you can’t handle toilet talk. The rest of you (you know who you are)...read on.

Food poisoning and the resulting bathroom visits -- I dare say-- is pretty common here in China. Some public bathrooms lack sinks altogether and hand soap is unreliably limited to uppity restaurants, hotels, and American chains like KFC and Starbucks. Fecal bacteria thus has plenty of opportunity to spread around and get people a little loose in the gut. Suffering the thunder down under is so common that people freely tell each other, “I’ve got diarrhea! (我有拉肚子!)” Diarrhea is as humdrum as having the sniffles or allergies.

Westerners upon arrival and for months thereafter often suffer stomach problems for weeks at a time-- their digestion is no match for the microbes proliferating everywhere. As one Chinese saying goes, westerners are “not accustomed to the water and dirt” (水土不服). Fortunately, birdMAN and I have been relatively healthy the last three and half years. Our bouts of food poisoning, in general, haven’t slowed us down.

So while my iron-clad digestion may keep food microbes at bay, my immunity proved to be no match for norovirus.

After spending three weeks in the USA rejuvenated with a diet of avocados, gourmet cheese and wine-- the kind of food found at bourgeois grocers like Whole Foods-- I came back to Beijing pumped to jump back into my Beijing ways. My Beijing ways include creating western style meals from found-in-China ingredients, leading early morning boot camp exercise at a nearby sports field, leading group Pilates classes in my house, cleaning our apartment (still working on scrubbing off the grime left from the previous insanely filthy tenant), and of course meeting up with my Chinese friends. Despite not having a paying job, I manage to pack a full schedule.

Early one Sunday morning, I lay prone on my bed and slowly came to the realization I did not feel right. My stomach resonated with nausea that crept up my esophagus and into my throat. The unmistakable feeling of sick. Ughh no. Food poisoning. Today was shot. Hopefully, this would be a quick illness and I will be bright as a light tomorrow.


What did I eat yesterday? Chinese food at a nearby newly opened restaurant for lunch and made-by-me Korean tacos for dinner. birdMAN and I ate the exact same meals and he suffered not even a whimper of nausea. Maybe it's not food poisoning.

As the morning wore on, my nausea intensified and my head pounded with pressure . Ok, tomorrow was shot too. I would have to cancel boot camp, Pilates, a coffee date, and my English student. I could barely muster the energy to send out the texts canceling all my plans.

Late in the morning the puking began. It was a terrible cycle. A few sips of Pocari Sweat to avoid dehydration followed by a swoon of nausea and an agonizing longing for the inevitable vomit. After the retching, I would fall into a fitful sleep for an hour or so. Then a few sips of Pocari Sweat. Vomit. Sleep. Drink. Vomit. Sleep. Time crawled like a car crossing the Bay Bridge in rush hour traffic during a torrential rain storm. When would the agony end?

As I languished alternating between feverish sweats and feverish chills, I got several texts. Are you OK? Did you take medicine? Are you going to the hospital? I will take you take the hospital.

In my sickish misery, I didn’t wonder what many of you Western readers should be wondering: Why would a healthy adult go the hospital for the commonplace stomach flu?

That’s China for you. Feeling the sniffles? Feverish? Headache? Toothache? Go to the hospital. Get an infusion of penicillin.

This widespread practice is ALARMING. Not only are antibiotics like penicillin ineffectual (and completely unnecessary) for treating viral infections, but the more antibiotics that are in the environment, the more opportunities bacteria have to develop antibiotic resistance. (Want to get freaked out? Watch this Frontline on nightmare bacteria.) The average Chinese person consumes 138 grams of antibiotics per year - 10 times the rate of the average American. Seventy percent of patients in Chinese hospitals receive antibiotics. In contrast, the World Health Organization (WHO) recommends a maximum of 30 percent [1]. Recently a super-resistant strain of bacteria that can transfer resistance to other bacteria has been found in a number of meat samples and hospital patients in China. So all the bacteria proliferating everywhere may be untreatable with some of the strongest antibiotics available [2]. Mmmmhh, maybe I should stay away from the street food and avoid getting open wounds.

I mustered the energy to reply, I’m fine. I just need to rest. At the time, I wasn’t concerned about contributing to the rise of super-resistant bacteria. Rather, the thought of standing up and walking farther than the distance from my bed to the bathroom seemed about as fun as riding the Gravitron after competing in a hot-dog eating contest. I reminded myself, I will survive.

The next day was equally as terrible, except the liquids went the other way. Now remember, I hadn’t eaten for two days and I had basically puked up everything in my stomach. So what was with the diarrhea? It seemed like everything in my digestive tract- including stomach and intestines lining-- liquefied ...OK, you get the picture. In between the hourly episodes of uh-hum, I longed for sleep. But an angry Andre the Giant’s enormous hands were squeezing my head from all sides making sleep elusive, fitful, and cheerless. I reminded myself, I will survive.

My two big achievements for that day were cleaning the toilet bowl and showering. The toilet and me both needed to be washed clean.

The third day, I saw a light at the end of the tunnel. Although I still felt terrible, I had enough energy set up my laptop to catch up with Jimmy Fallon’s Wheel of Musical Impressions on YouTube. While the headache sojourned, the nausea flitted away. Now that my body had been cleansed from both ends, puking and diarrhea ceased.

I ate a piece of toast with avocado for dinner, and triumphantly thought: Tomorrow I will leave this apartment.

The fourth day, I emerged from my cavern of sick and greeted the polluted sky with exhilaration. I had survived.

[1] When Penicillin Pays: Why China Loves Antibiotics a Little Too Much
[2] New Superbug in China Threatens to Defeat Last-Resort Antibiotics