The Heat Is On 暖气 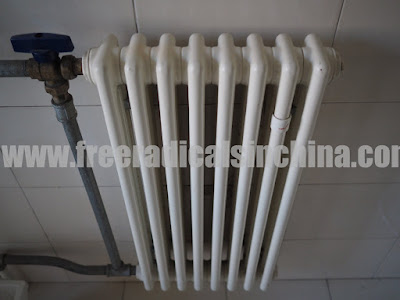 Let’s rewind a bit, shall we? Let’s go back to the last few weeks of October when nighttime temperatures dropped to freezing and our living room seemed to be equally cold. As the ginkgo leaves were transitioning from green to golden yellow and slowly descending to the ground mixing with the red, orange, and brown leaves of other ill-fated trees, we layered on the thermals, sweats, socks and sought warmth under blankets while sipping hot water looking forward to November 15-- the hallelujah day of joy-- the day China turns on the heat.

Way back when in the1950s, China drew an invisible and somewhat arbitrary boundary stretching east to west. This line is called the Qin-huai line, drawn roughly along the Huai River and Qinling mountains at 33 degrees north latitude [1]. This line is the great determinant, the Great Divide, between those who sleep with a single blanket and those who snooze under an electrically heated one.

Throughout populated areas north of the Great Divide, pipes snake in and out of people’s homes. During warmer seasons, these radiator pipes collect dust and provide not-so-attractive wall adornment. During the cold months, from November to March, these dusty pipes fill with steam turning otherwise austere homes into sanctuaries of warmth. China’s central government thus exercises control over yet another aspect of daily life: the indoor temperature. 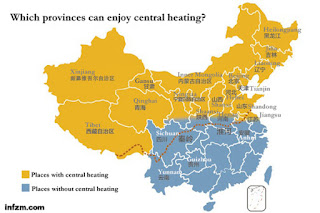 Unfortunately, winter pays no heed to man-made lines. Residents just south of the Great Divide, particularly those living in mountainous areas, gear up with long underwear, sweaters, down coats and socks-- the same amount of clothes worn inside or outside. In more isolated areas, people huddle near a pile of hot coals or fireplaces, while well-to-do city dwellers crank up electrical room heaters taxing the stressed out electrical grid.

Fast forward to now. Here we are at the verge of December paying no heed to the winter’s whim--wind, rain, snow, come what may--wearing T-shirts or single layers. Unless, of course, we have to leave our warm winter haven. In which case, we do layer on the long underwear, sweaters, down coats and socks. 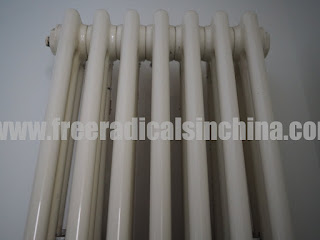