Why is this important? Because strangers can no longer scold me for taking Dumpling outside.

Warming weather and blue skies are nice going out weather, so sometimes I'll pack Dumpling up in the Boba wrap and get outside. We'll walk to the post office, buy fruit and vegetables, or just plain enjoy the fresh air. On the weekends, the three of us eat early dinners at family friendly restaurants. Going out requires travel, either by walking on the street, riding the bus/subway, or taking a taxi. Of course, a Western family carrying around a little white baby in such a strange confining wrap at best attracts curious stares and spontaneous picture taking, and at worst, vocal condemnation.

Elderly people in particular will get really close, moving aside any scarves or jacket collar obstructing their view of Dumpling nestled against my chest. Eyes narrowing, they'll ask the question everyone asks, "How many days old is that baby?" Then I'll smile and say two months, or more recently three months. Then they calculate the exact number of days. The response is usually, "That baby is too small! That carrier thing is bad for the baby's back and legs! The baby should be carried flat on its back!" Then they turn to nearby Chinese people with mild looks of exasperation and shock. Poor western mother that doesn't know how to take care of a baby.


Then I say the baby is used to it. She likes it! That's how she was she was in my stomach. It's a feeble defense against staunch thinking. Then I remind myself that the hard and fast rules-like the 100 day rule- other criticisms, and unsolicited advice show how much Chinese people value mothers and children. They aren't condemning me. They are caring for me. Right?

Younger people (meaning my age and younger) are less condemning. While they might point out that babies in China are typically confined to the home for their first 100 days of life, they are much more accepting that Westerners have different habits. They are also fascinated by the Boba wrap. Not only is Dumpling small and white, she folds up like a baby kangaroo in its mama's pouch.

But China is changing fast, and many of the traditions are falling by the wayside. One mother admitted to me that once she finished her Sit One Month, she took her infant out for a walk.

Why 100 days? I don't know, but 100 is a beautiful number. A one followed by two zeroes. The lowest three-digit number. The square of ten, and the square root of 10,000. And the number of days a baby must live before seeing the blue sky (or smoggy sky if you live in Beijing).

Posted by BJ FU at 9:29 AM No comments: Links to this post

Email ThisBlogThis!Share to TwitterShare to FacebookShare to Pinterest
Labels: baby in China 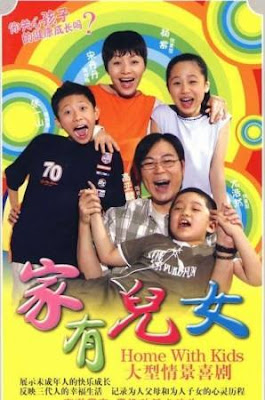 I was a good Chinese student last week. As my new Chinese tutor recommended, I watched a Chinese sitcom. Once. Twice. Again and once again, pausing the sitcom so I could read the Chinese captions because my hearing and language processing abilities are slower than the dialogue. And what did I learn?

I will never speak real Chinese. Not really.

For an English speaker, the Chinese language presents some major challenges. First, Chinese is tonal. Changing the tone is like exchanging a vowel in an English word. Cat and cot. In and on. Fat and fit. Doing so totally changes the meaning. In Chinese, the word "ma" can mean mother, horse, curse, or be a question particle depending on the tone. Second, English and Chinese speakers use different parts of their mouths and tongues to talk. There are some sounds I just plain cannot make. Getting my tongue and mouth to even remotely say 女 (nǚ girl) and 旅（lǚ travel) correctly feels like my tongue is in a twisting vise. Third, while simple sentences are pretty similar to English like 我给你这个 (I give you this), complex sentence construction and logic is not the same. Constructing a complex sentence in Chinese requires you to rewire your English brain. Not an easy feat for a 36 year old mom.

Let me give you some examples extracted from the popular Chinese sitcom, 家有儿女 (Home With Kids). The following sentences come from Season 1, Episode 1, with word for word English translation:
Did you get that? I am sorry, let me put that in better English for you:
I mulled the first phrase, "我的手被虫子给咬了"， over for a few days. This sentence is in passive voice, or "My hand got bitten by a bug." Passive voice is usually a big no no for me. The more simple, concise and direct, the better. So I asked my Chinese friend if I can say, "虫子咬了我的手” (The bug bit my hand). She said sure, but you sound like a foreigner.

Posted by BJ FU at 6:20 AM No comments: Links to this post

I've hardly seen her likes before
Somewhere else, nowhere else before
The girl in the spotlight evermore
Like no one before, forever more
-Franz Ferdinand 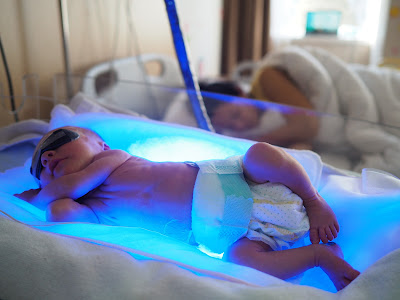 Zuo yuezi (坐月子）literally means “sit one month”. The Sit One Month is the monthlong period immediately following childbirth during which a mommy must stay inside and avoid dangerous activities like drinking cold water (cold is bad), using air conditioning (wind is bad), taking showers (water is bad) or climbing stairs (moving is bad). All the aforementioned activities will further imbalance her body, which childbirth has rendered vulnerable and weak. Mommy's body is out of whack. Don't let the heat out, and don't let the cold in.

She lays on her back only to be disturbed to nurse her baby. Her mother or mother-in-law has moved into her home, not only to enforce the Sit One Month rules (no showers, ugh!), but also to care for the new child (perhaps for as long as three years until the child starts kindergarten). In addition to baby care, Grandma cooks special heat-restorative food, like eggs, rice wine porridge (米酒), and pig feet soup.

Less affluent Chinese stick to traditional Sit One Month rules, strictly enforced by older generations. The dry-cleaning guy told me his wife spent the month laying on her back and drinking special soup. Another young mother told me that childbirth causes you to lose fire (or heat), and so showers are to be avoided because water is too cold. Another friend in her mid-fifties, barely literate and working as a nanny for a well-to-do Chinese family, was completely befuddled when I explained to her that western women do not do the Sit One Month. Another mother of a two-year old reluctantly adhered to the Sit One Month rules under her mother's stern eye. After the one month’s completion, a walk down the block left her out of breath.

I admit, I scoffed a little at the idea of a month long sequester. I am American, and American women pride themselves on rebounding quickly from something as mundane as childbirth. Proud mommies show off their little mini-mes at Starbucks or the mall. Nothing is cuter than a sleepy baby decked out in color coordinating hat and newborn onesie emblazoned with gold lettering, “Hello World” or “Brand New.” And no showering after childbirth? That's disgusting! Furthermore, not drinking cold water, or cold foods like fruit, to avoid getting a cold is scientifically unsound. If I want cold water, I am going to drink it.

As it turns out, I ended up sort of doing a Sit One Month. Because little Dumpling came six weeks early, weighing just under two kilograms, we spent the first two weeks of her life holed up in a hospital room to get her over her jaundice and fatten her up. During this time, I sat and sat only leaving my room to get water from down the hall. While I snoozed through the night, the nurses fed Dumpling expressed breast milk via syringe. The hospital provided breakfast, lunch, dinner, plus afternoon snack to my room, which I ate in bed. Yes, I sat and sat. And sat some more.

The weeks at home following the hospital stay were exhausting. Our lives revolved around getting our sleepy Dumpling’s weight up to 2.5 kg. I functioned on two hour increments between feedings, alternating between breastfeeding and syringe feeding Dumpling fortified expressed breast milk . She was such a sleepy baby, barely awake to eat. Feeding her 20 ml would sometimes take a half hour. Between feedings I--you guessed it--sat and sat. And sat some more.

The weather was also miserably cold and polluted, so staying inside was the attractive option. Dumpling was especially fragile as preemie and getting cold or sick could be dangerous. So I was thankful that because many respect the Sit One Month rules, most people stayed away and came only to drop off meals or fruit.

In retrospect, it would have been really nice to have my mother or mother-in-law around to help cook and clean for a while. Thirty days of Moomoo cooking would have been awesome. I would have been putting on the pounds along with Dumpling. Also, having time to baby bond undistracted by cooking and cleaning would have been nice. For a few weeks, I felt like Dumpling was a stranger that I needed to get to know.

Dumpling is coming up on three months old and gestational age of 1.5 months. I am glad to report that she's a champion breastfeeder, chubbed up and recently started smiling and cooing. We are best buds now.

And all that happened despite me taking showers.

Chinese Word of the blog: 坐月子 Zuò yuè zi
English translation: to convalesce for a month following childbirth, following a special diet, and observing various taboos to protect the body from exposure to the "wind"