Bitties in the BK Lounge 汉堡包

Well it was a Wednesday
Me and boss hog was kinda hungry
Like two eggs, and a slop beef slice of lettuce
And a glass of milk and some cookies
Spotted in the mist was a BK logo
What we said well what do you know
-De La Soul 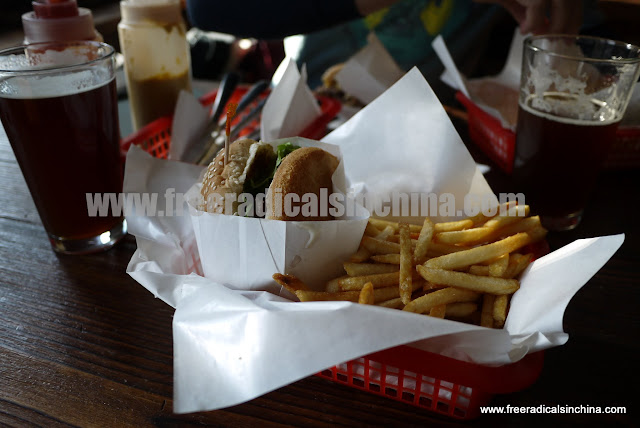 Kyle is openly, unabashedly, and unapologetically picky about his food. He grew up believing that dining exclusively at MacDonald's, Pizza Hut, Taco Tree and a Chevron gas station could satisfy all nutritional needs. That's variety right? American, Italian, Mexican with several fruit flavored kinds of slurpees.

So understandably, Kyle thought that a trip to China, where people eat all sorts of detestable things like seafood and onions, would be out of the question. That was until he and his wife, Coco (birdMan's youngest sister), heard that our little Dumpling would be born in China and would not visit California until the following summer. Ah, the alluring power of a fresh faced, utterly dependent baby.


So Kyle confronted his deepest fears and, along with his mother-in-law, Moomoo, and beloved wife, Coco, made the transpacific flight to the land of culinary unknowns.

And, boy, are we glad they did! There were three sets of extra hands plying for a turn to hold Dumpling, which means I showered everyday and used the bathroom whenever I wanted. They also brought loads of baby clothes, coffee, chocolates and candy, some more baby clothes, baby books, baby toys and some more baby stuff.

Dumpling ate up the attention. She was carried around like a queen, soothed to sleep smooth like butter, and admired as though she donned a peacock's glorious feathers.

Kyle, in fact, was pleasantly surprised to find that Beijing abounds with pizza, burgers, French fries, and even mediocre Mexican food. You just gotta hang with the right people, and the right people know to avoid seedy noodle dives and China's Pizza Hut (not the same as America's Pizza Hut!) at all costs.

But we couldn't just let these Californians only eat western food. After much discussion, birdMAN and I decided a relatively easy way to expand everybody’s culinary horizons would be Korean BBQ. Korean BBQ is the bunny hill of adventurous eating. Everyone sits around a small coal burning BBQ and watches meat sizzle to desired wellness, then picks pieces of meat off with metal chopsticks at leisure. We can play it safe and avoid the cow tongue and squid and stick to the meaty parts of the cow, pig, and chicken.

This culinary bunny hill, however, is not risk-free. Koreans' greatest love is one of Kyle's greatest disdains.

As aforementioned, pickles and pickled things are some of the things that Kyle doesn't eat. No big deal. Hopefully, the meat sizzling on the table top BBQ will distract Kyle from the twenty little dishes with twenty different kinds of pickled stuff also on the table.

Kyle admitted, once entering the restaurant, he got worried. He saw the cylinders of burning coal sitting on the centers of tables. He smelled the smoky aromas of scorching meat. He saw little dishes full of unfamiliar vegetables covered with unfamiliar sauces. He saw the servers carrying around trays of raw meat, some of it indiscernible to the untrained eye. Where had his crazy China-living family taken him? Was there even ketchup here? Certainly, there were a lot of onions.

I am glad to say, Kyle successfully mastered the bunny hill. Ignoring the twenty little dishes of twenty different kinds of pickled stuff, he devoured the bibimbap (rice topped with egg and vegetables) and liked the Korean red sauce (gochujiang). Korean red sauce is a spicy paste which happens to be made with fermented soy beans. That's right! Kyle ate fermented soy beans! And you know what? Fermentation is a kind of pickling, that means Kyle liked something that's pickled. The skies are the limit now.

What's next? Kyle savoring a dill pickle? Definitely not tomorrow, or next week, but perhaps, just perhaps, someday.

Kyle is a testimony that anybody with food fears can do alright in Beijing. As for all those three adventurers, Come back real soon, you hear? Dumpling needs someone to hold her. 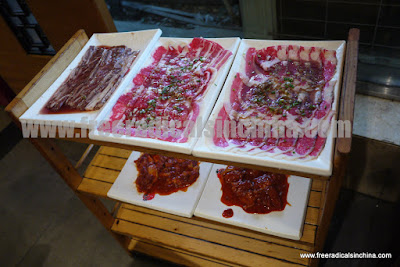 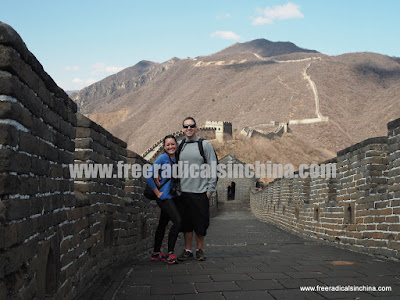 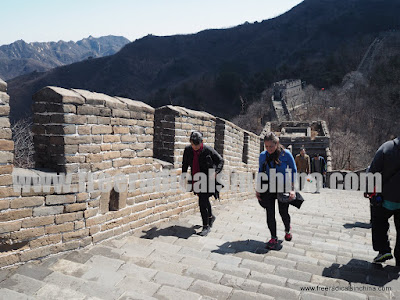 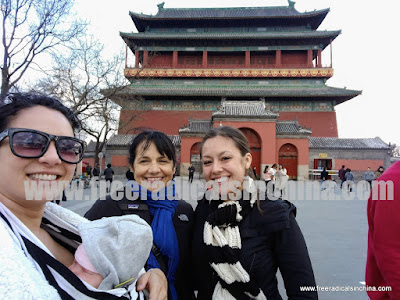