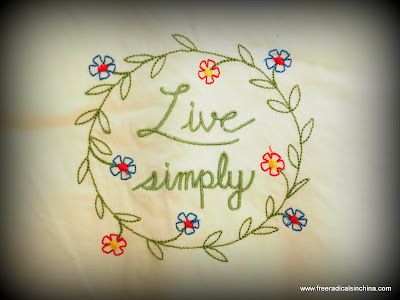 So you may want to know, why in the world, do we stay? It's not because life in Beijing is a breeze. There are plenty of things about living here that are plain annoying. For instance, listening to my neighbor hacking up loogies in the hallway makes my stomach churn. Other annoying things include strangers touching Dumpling without warning, the inexplicable amount of dust and dirt everywhere, air-dried-stiff-as-a-board laundry (no clothes dryers here!), extreme weather (hot and muggy, freezing and dry, sandstorms), and bad air days.

Life here, though, has a major advantage. Life is simple.

What is so simple:
Ok, you might say, That’s nice and dandy, but really, Why? Isn’t California so nice? Don’t you want your Dumpling to grow up with her grandparents, aunts, uncles, and cousins? And don’t even get me started on the Beijing smog!

Yes, that does sound nice. But we do have compelling reasons to stay. We have made a home here. We have friends here. We have students. Simply put, we aren’t quite ready to give up what we have worked so hard for the last five years just yet. It's just that simple.

P.S. We would also like to thank Great Leap Brewing for making Beijing life a bit sweeter. See us at GLB through the years. 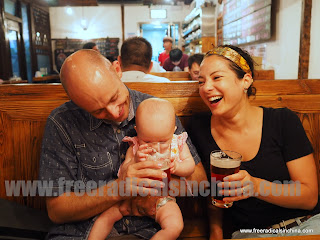 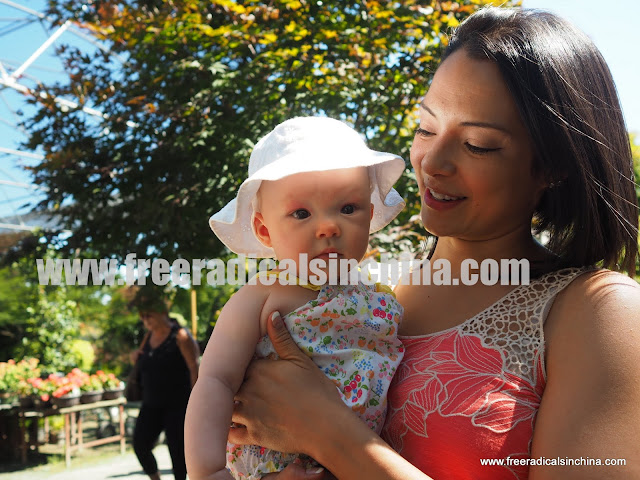 Well, that’s a wrap! Another great summer in the land of our birth: sunny and hot California. Seven weeks of good eating, family time, and of course, California sun.

To soak up that California sun, we packed up Dumpling and all her accouterments for her very first plane ride for her very first trip to the land of her citizenship. The summer of 2017 hereafter shall be known as summer of firsts for Dumpling: first plane ride, first time to the ocean, first time to Lake Tahoe, first filet mignon, first time meeting an adoring handful of aunties and uncles and a rambunctious bunch of cousins.

Unfortunately, Dumpling didn’t make it to one of California’s hotspots, Disneyland; but who needs Disneyland when there’s Moomoo and Aunty Sunny’s houses? The toys were beyond imagination! Toys that beep, sing, vibrate, glow, roll, collapse, expand, float, and elevate. Soft toys. Hard toys. Animal toys. Food toys. You name it, California’s got it.

But even better than the toys were the cousins. I must say, the cousins know how to put on a show. While Milan jumped around like a silly kangaroo, Capri shared all her favorite toys. Caden was like a gentle protective big brother, while Zephram’s got zany moves. Keiko and Kenji were all smiles and brought out a selection of stuffed toys. Four-year old Enzo put his nose right up to Dumpling’s, and said with impressive diction, “You’re impressive!” Dumpling couldn’t contain herself waving her hands and giggling with excitement.

Vacation came to an end too soon and we got out of California’s hot sun and into Beijing’s muggy one. Dumpling still hasn’t adjusted to the fourteen hour time change. Every morning Dumpling is ready to party at 4 am and go down for the night at 7 am. In addition to the time change, she's adjusting to only having her two boring parents around. I think she is seriously missing California and all its fun-ness. Well, even a baby must learn the hard truth: we can’t be on vacation all the time!

Time to get into a routine. birdMAN goes back to work in a few weeks and I have got lots of child-rearing and homemaking to do.

P.S. Many thanks to our generous friends and family that fed us, held and adored our baby, and showered her with gifts. We love you! 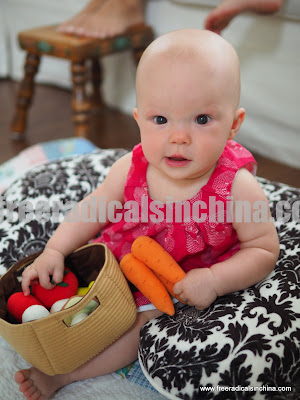