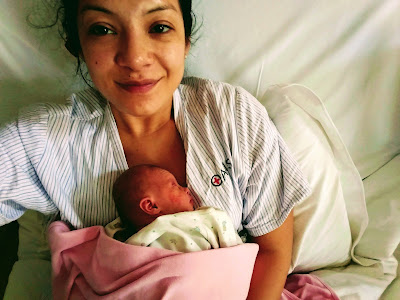 Over 16 million babies are born every year in China. That means there are over 16 million mothers pregnant and/or giving birth in any given year. Such a populous country with access to cutting-edge technology in addition to thousands and thousands of years of history of childbearing...that should lead to the conclusion that childbirth here is a breeze, right?

Nope. The reality is that China’s hospitals are too busy to cater to the needs of worried mothers. Mothers leaving the hospital with a baby in tow are often scarred not only by a c-section but also by the entire experience.

My neighbor is one such mother. When her water broke at 33 weeks pregnant, she summoned an ambulance to take her to the hospital right away. Upon arrival, however, no beds were available. She was not scheduled for delivery for another seven weeks.* While the hospital did not tell her to go away, she was placed in the hallway. There in the hallway, without family, friends or privacy she labored. Hospital passersby were her only companions. Doctors examined her in the hallway with zero privacy. Nurses wouldn’t even bring her a glass of water. Meanwhile in the waiting area, her husband frantically called female friends asking for assistance (males are not allowed in the birthing wings). Finally, the baby’s heartbeat indicated he was in duress. The first-time mama ended up on the operating table for an emergency Cesarean. After the Cesarean and she was sewn up, the doctors told her to move herself to the gurney so they could take her out of the operating room. She was so traumatized that she flat-out says she will never give birth again.

To be fair, many mothers have relatively smooth births in Chinese hospitals. I, however, have heard too many traumatizing stories like my neighbor’s. I didn’t need to think long before determining that giving birth in a Chinese hospital was out of the question. I am adventurous, but not that adventurous. Western medicine was for me.

Fortunately, Beijing’s sizable expat community and rich Chinese desiring a not so Chinese birth experience means there's a market for plenty of international hospitals. These hospitals include Beijing United Family, Amcare, Baodao, and Oasis. I contacted a number of them and compared prices. Out of these, Oasis offered a free tour. In addition to taking a gander at the spacious birthing and recovery rooms, one of the obstetricians invited me into her office to discuss prenatal care and birth. They had me at the superb English, but I ultimately chose Oasis for the following reasons:
I dreamed of a semi-hippie-dippie-ethereal birth experience during which I would labor at home for awhile, eat a big meal, breeze into the hospital, and a few intense hours later, birdMAN would catch our little love. The three of us would then bond with skin to skin contact and descend into newborn baby bliss.

Yeah, that didn't happen. My water broke at 34 weeks and I had a few minor complications during labor. But what did happen is that Dumpling got born and both she and I got superb care.

Here are some general observations about giving birth and staying at Oasis:
That’s what I have to say about the hospital where my baby girl got born. Dumpling is now 18 months old, and continues to see the same pediatric doctors and nurses that cared for her when she was just a wee preemie. Every time, the staff makes a big whoop-dee about how fast and healthy Dumpling has grown.

The take home is: if you happen to find yourself pregnant in China, and you can’t or don’t want to go back to your home country to give birth, you need not fear. There are international hospitals (like Oasis) in major cities that match and/or exceed the care of western hospitals.

Unless...you want to embrace the Chinese birth experience and take your chances at a Chinese public hospital.

*In Beijing, mothers without Beijing hukou（户口）must reserve a space for birth in a public hospital by the time they are 6 to 12 weeks pregnant. If they miss that window, they will have to go to their hometown to give birth or pay extra at an international hospital. See China’s big baby bump puts the squeeze on hospitals and pregnant women

Chinese Word of the Blog: 住院 Zhùyuàn
English Translation: to be hospitalized 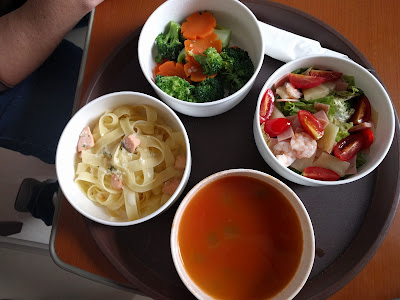 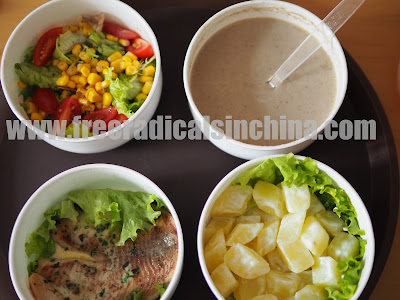