Southern nights
Have you ever felt a southern night?
Free as a breeze
Not to mention the trees
Whistling tunes that you know and love so
-Glen Campbell and the Philharmonic Orchestra 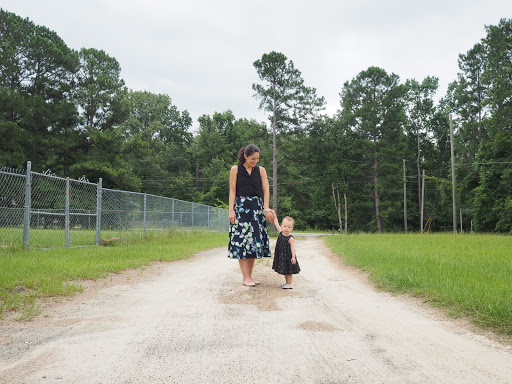 Two years ago, my sister and her husband accepted an assignment down yonder where sushi is still called bait. This year in their Georgia home, they was busier than a pair of moths in a mitten. Recoverin’ from a three week Israel stint, preparin’ for RCs and RP school, and secular work amongst numerous responsibilities, fixin’ a trip to California at the same time as us was gettin’ as messy as eatin’ a soup sandwich.

The prospect of no sister time this year was makin’ me feel a bit blue. So when birdMAN asked me if I reckon’d squeezing in an extra trip down yonder during our seven week long US summer sojourn, I said, “Is a bullfrog waterproof?” Butter my butt and call me a biscuit, birdMAN bought round trip plane tickets from dry as a popcorn fart Sacramento to steamy Hot-lanta.

My lil’ sis and her sweetie been acclimatin’ well to southern living. They say, “Yes ma’am,” and “'scuse me, sir.” They snack on boiled peanuts and drink sweet tea. They don't mind the swelterin’ humidity or the evening hum of cicadas. But a cat can have kittens in the oven but we ain't gonna call ‘em all biscuits. G&J are still bred n’ raised Californians. They miss tacos, sushi, and California sized wages. They can't wait for a reason to go to Atlanta and side trip over to Trader Joe’s.

The five of us bred n’ raised Californians did what we do best: we ate and ate till we was fat as ticks. Admittedly, we steered clear of the greasy dives (eg Waffle House) and opted for the highfalutin varieties of southern cuisine. As a visiting Yankee who loves make-your-tongue-slap-your-face good food nearly as much as life, I had a hankerin’ for samplin’ the local fare.


At the trendy Twisted Soul, while I admired the Will and Jada Smith lookalikes and their equally purdy younglin’s, I savored my first ever chicken and waffles. My oh my! This trademark dish of the South made my heart sing a thousand banjo strings! For you Californians that don't know (like I didn't) that breakfast and dinner can be combined with such beauteous harmony, chicken and waffles is exactly that-- savory and sweet married like peanut butter and jelly. Twisted Soul’s version was seasoned fried chicken sittin’ pretty on top of a golden waffle, with a side of Bourbon syrup and cardamom butter. 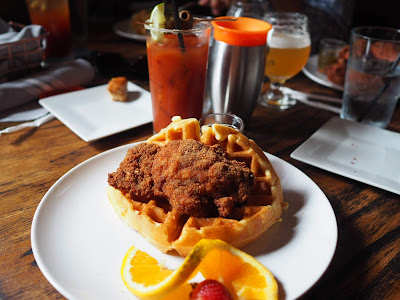 Food adventures continued at the uppity Dovetail in downtown Macon, where the local folk don their Sunday church attire and enjoy spirits and grits. We showed up Sunday at 12:30 pm, the golden hour after which alcohol may be served (we in the South!). Dovetail dabbles in fusing California fresh with southern staples. I had me the shrimp and grits. The shrimp were far from shrimpy; they were fat, juicy, seasoned prawns. The grits were traditionally creamy and drizzled unconventionally with olive oil and arugula (arugula is originally Mediterranean). I was as happy as a dead pig in the sunshine.

Besides eatin’ ourselves blue in the face, we got plenty of jollyin’ around like local folk and a lick of touristin’ around like touristin’ folk. We cooled off swimmin’ and kayakin’ in Lake Tobesofskee (that's a mouthful), swattin’ away at the mosquitoes, and explorin’ the Las Vegas of captive fish life: Georgia Aquarium. You oughta see it! Y’all go hogwild for the whale sharks, manta rays, and beluga whales swizzling around in the Big Whopper of fishbowls.

Our five day southern sojourn was long on eating but too short on parlayin’ with my lil’ sis and her suga’. Our gracious hosts G&J was as sweet as pie. Our wine glasses never went dry, and the AC never turned off. But good thing we left when we did. All’s that Georgia fried chicken and beer gonna turn my body broad as I is tall.

Well, that's the whole hushpuppy. We all lovin’ that southern hospitality. Hope to be back sooner than a minute!

Need to brush up on your southern talk? Click HERE 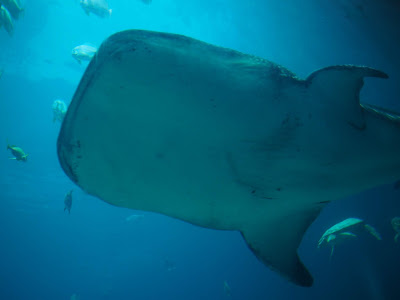 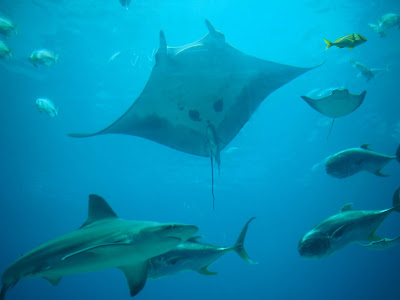 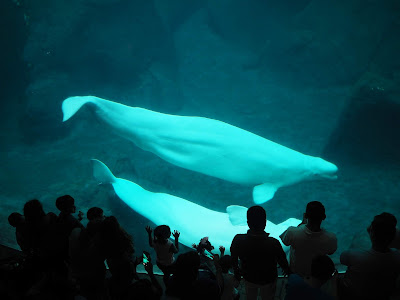 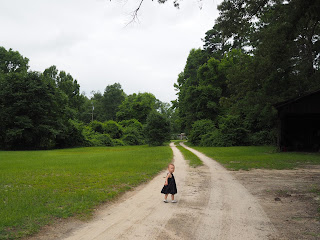