Bad news comes, don't you worry even when it lands
Good news will work it way to all them plans
-Modest Mouse 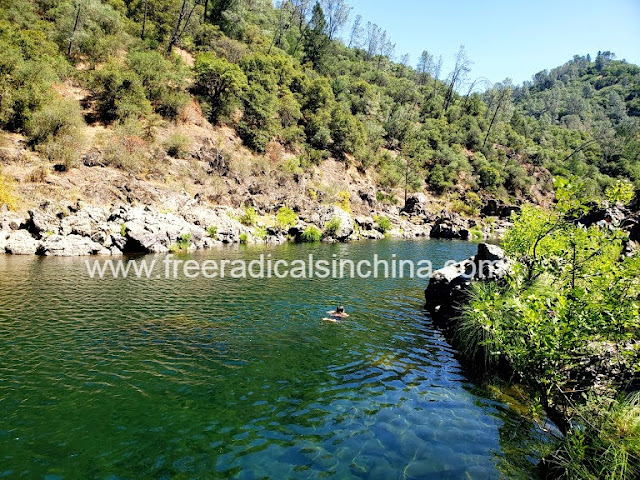 Eight years ago, on August 13, 2012, we landed in Beijing, China. We had said, “We’ll give it a year, or at least until we can’t take it anymore.” After all, nearly every expat living in China has an expiration date. No matter how much the expat thrives on noodles or fluently speaks Chinese, there will eventually be a thing that will drive him/her back to his/her homeland. That thing may include family obligations, financial reasons, physical or mental health reasons, or perhaps, simply because it was time to go.

Over the last eight years, several things could could have sent us packing. After the first year of teaching English for a serious wage reduction compared to our previous jobs, we could have said, “Well, apartment living was fun but let’s pull the plug on this China deal.” Thereafter, return to our former careers and once again settle into suburban comfort. Instead, we jazzed up our Beijing apartment with used furniture and our Beijing bikes with new chains and bike bells. In 2014, birdMAN’s father was diagnosed with cancer. While we spent more time at home that year, not even his illness and death prompted us to move back. Instead, we planted our feet a bit firmer on China’s soil. We saw life in China precious and fleeting, impelling us to spend more time with our students and local friends. Then in 2016, I got pregnant. Surely, everyone thought, a baby would bring us home. Nope. Instead, we envisioned our future chopsticks wielding baby singing “一闪一闪亮晶晶” (“Twinkle, Twinkle Little Star") and eating weird snacks like dried squid.

As we ignored all those things, unconsciously Beijing became “home” and California became that other place that we sometimes call “home”.

But perhaps the thing finally came. You totally know what I am talking about. It is the thing that made words like quarantine, social distancing, and Zoom part of everyday language and donning a face mask in public as important as wearing underpants. It is the thing that makes you shudder when you watch a TV show with people hugging and having conversations without maintaining 6 feet of distance. It is the thing that you are all sick of but at the same time have grown accustomed to: the Pandemic.

Back in January when we were visiting California and news of the novel corona virus broke, we thought the whole thing would blow over fairly quickly and we would be back in Beijing in a few months. Well, eight months later, here we are, deep into August, and we are hesitant to say with any certainty about our prospects of returning to our Beijing home. If the pandemic drags on--which seems likely--and international relations continue to worsen, we may just be forced to throw in the towel and set up permanent residence in the Golden State.

While the pandemic has thrown a wrench into our plans, there is a BIG upside. Dumpling is getting a lot of Moomoo and cousin love, and having two extra adults around means I can often leave Dumpling behind for a solo runs. Quarantine has done wonders for my exercise regime. I ran 67 miles in July! There's also the washer and dryer and Netflix. Oh, and family that has swimming pools and Papa Murphy's take-n-bake pizza.  While we wait to figure out what the future holds, those things make life pretty good.